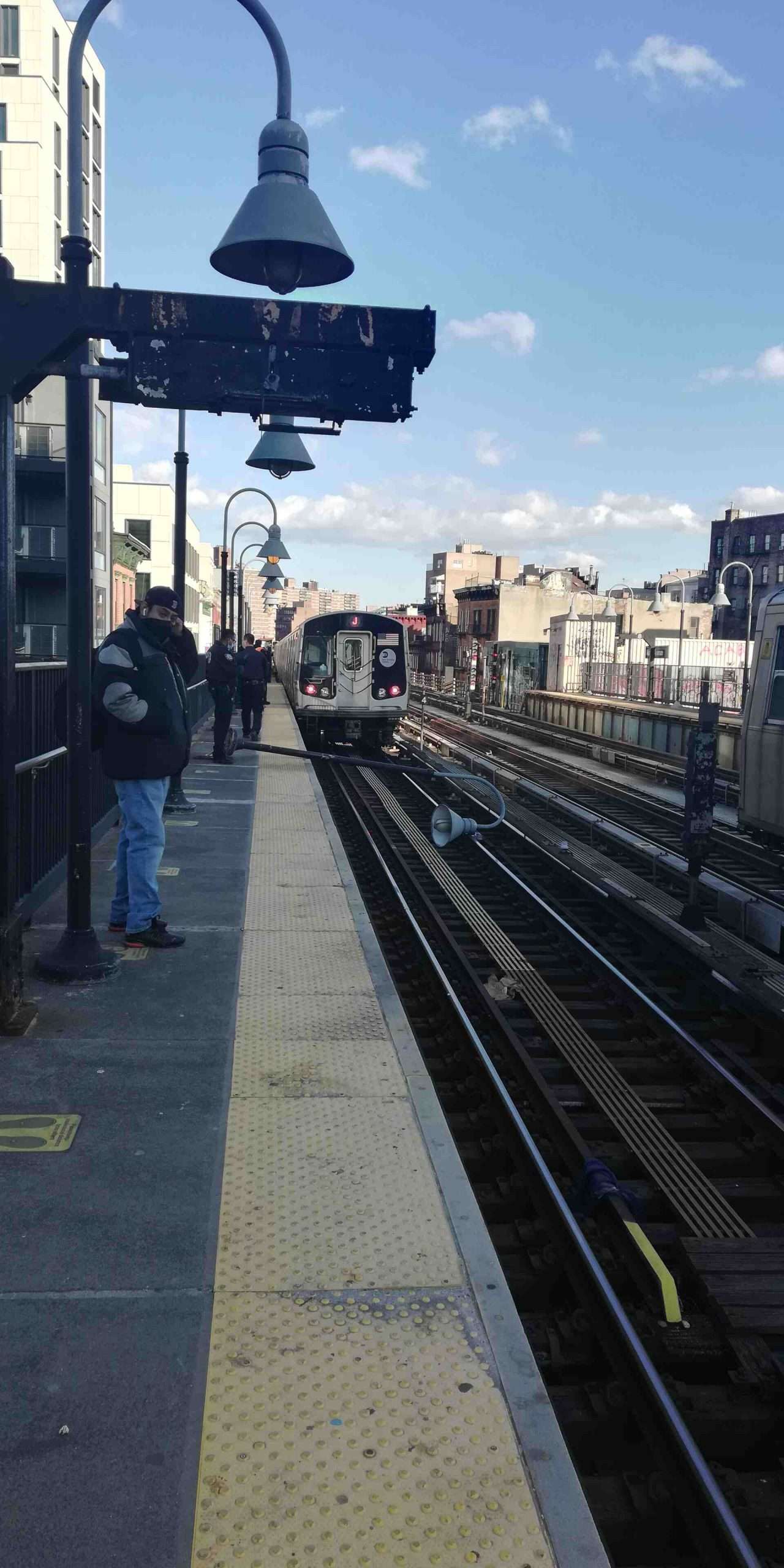 Within the station, the proposal creates wider concourses, with new and improved entrances. Externally, streets will be reconfigured as shared vehicle/pedestrian routes, and Vanderbilt Avenue fully pedestrian. The proposal also creates new civic spaces that will provide Grand Central with an appropriate urban setting for the next 100 years.

The building was completed in 1930, 1,046 feet (314 m) tall, and during its first year was the world’s tallest skyscraper. The inauguration of the Empire State Building on 1 May, 1931, placed it as the second highest in the world. Presently, this building is the fifth tallest building in New York City after towers like the Empire State Building and the Bank of America Tower (taller than the Chrysler thanks to its antenna).

Natural light inside the main waiting area in Grand Central Terminal occurs at periods during the day. Come around 11am EST to find out. The reflexion from the other buildings illuminate Grand Central Terminal from the west side windows. There is construction going on, so you might miss this for now. But, contact me if you have any questions. 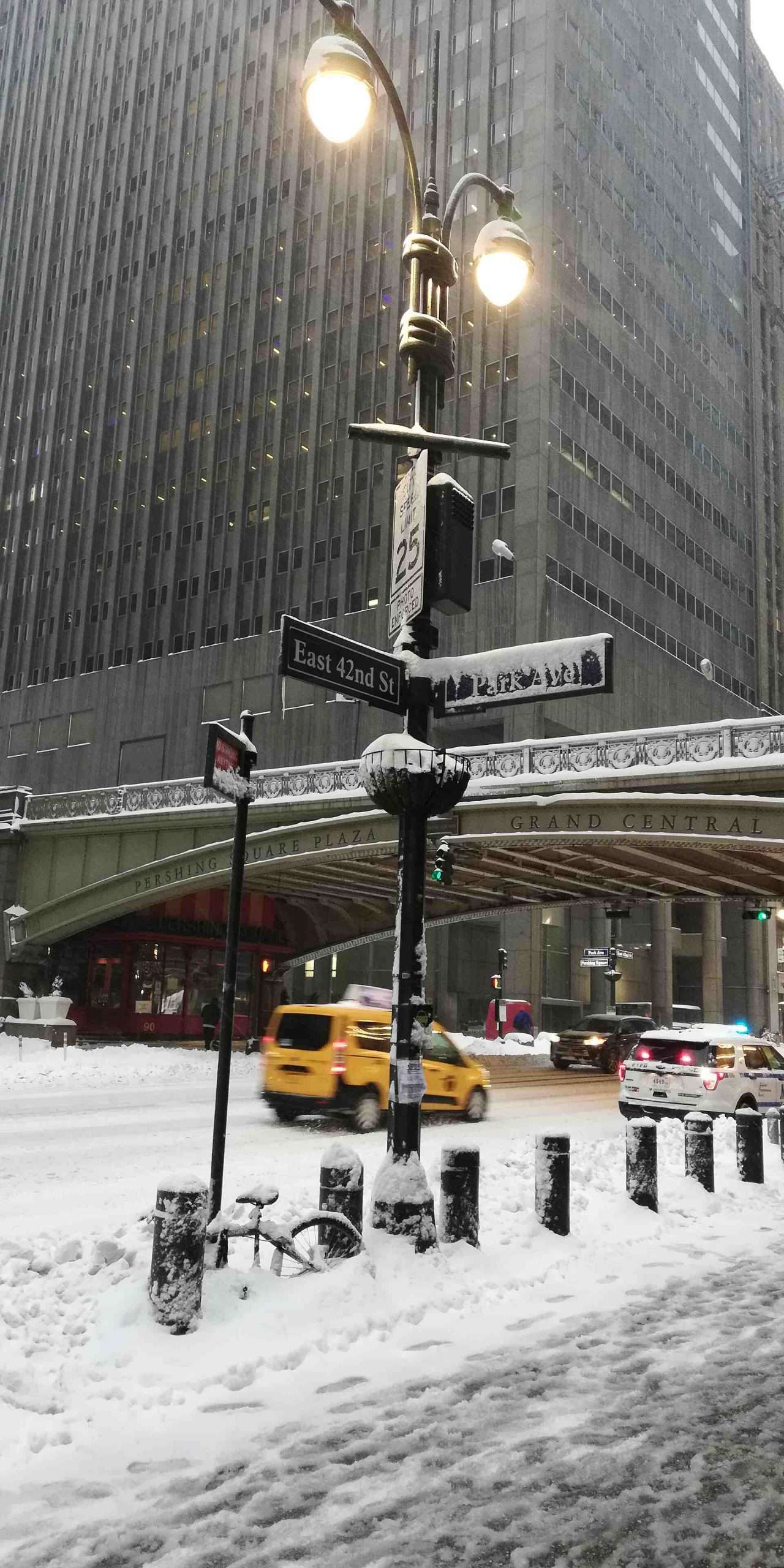 During this New York City Snow Storm of 2021 many New Yorkers were stranded at home. Most subway trains stopped running by 2PM and New York City was covered in white.

Around Grand Central terminal in New York City the streets were covered in snow. The few people that went to work did not even come out of their offices at lunch time. I went outdoors while enjoying fantastic Latin America coffee brewed at home.

Park Avenue in New York City was deserted. The only people outside were the cleaning crew shoveling the snow in front of the lobby entrances in Park Avenue.

Unused phone booth around Grand Central Terminal were covered by snow. These phone booth are no longer used since many New Yorkers have a mobile phone service.

Other New Yorkers got very creative and found a way to cover their shoes during this New York City Snow Storm of 2021.

Smaller streets in New York City completely got buried under the snow. Many New Yorkers could not ever walk around. Luckily many were working from home using their laptops and calling IT support.

Some New Yorkers decided to take the Metro North and escape New York City during the snow storm.

Xmas day in New York City in 2020 is very different from other years. But, more New Yorkers came out to enjoy pictures with the Xmas tree, the Fearless Girl of Wall Street and the Bull of Wall Street. These are normally tourists attractions where you have to stand in line for hours to take a picture in a rush.

I was also able to appreciate the tall buildings, including the wonderful details carved into the brick, from a different angle while having an amazing Latin America Coffee.

Xmas Day in New York City in 2020 where there are almost zero tourists walking around makes NYC feel like a different state. Where there used to be hundreds of people there are only a handful now. It does not matter New York City is still my favorite city in the United States.

During the pandemic in 2020 everyone is wearing masks specially when conglomerating at public places. New Yorkers are now enjoying tourist attractions that were very difficult to access in the past.

One of the main attractions in Wall Street is the Fearless Girl statue. It has become very famous among New Yorkers and specially girls. Adults to very young kids come by to take a picture with the Fearless girl of Wall Street even during Xmas day in 2020.

Another attraction is the Bull of Wall Street. This famous Bull is located at the end of Broadway all the way downtown in Manhattan. You can take the subway 4,5 and get off at Bowling green. You will see the Bull right in front of the American Indian Museum. 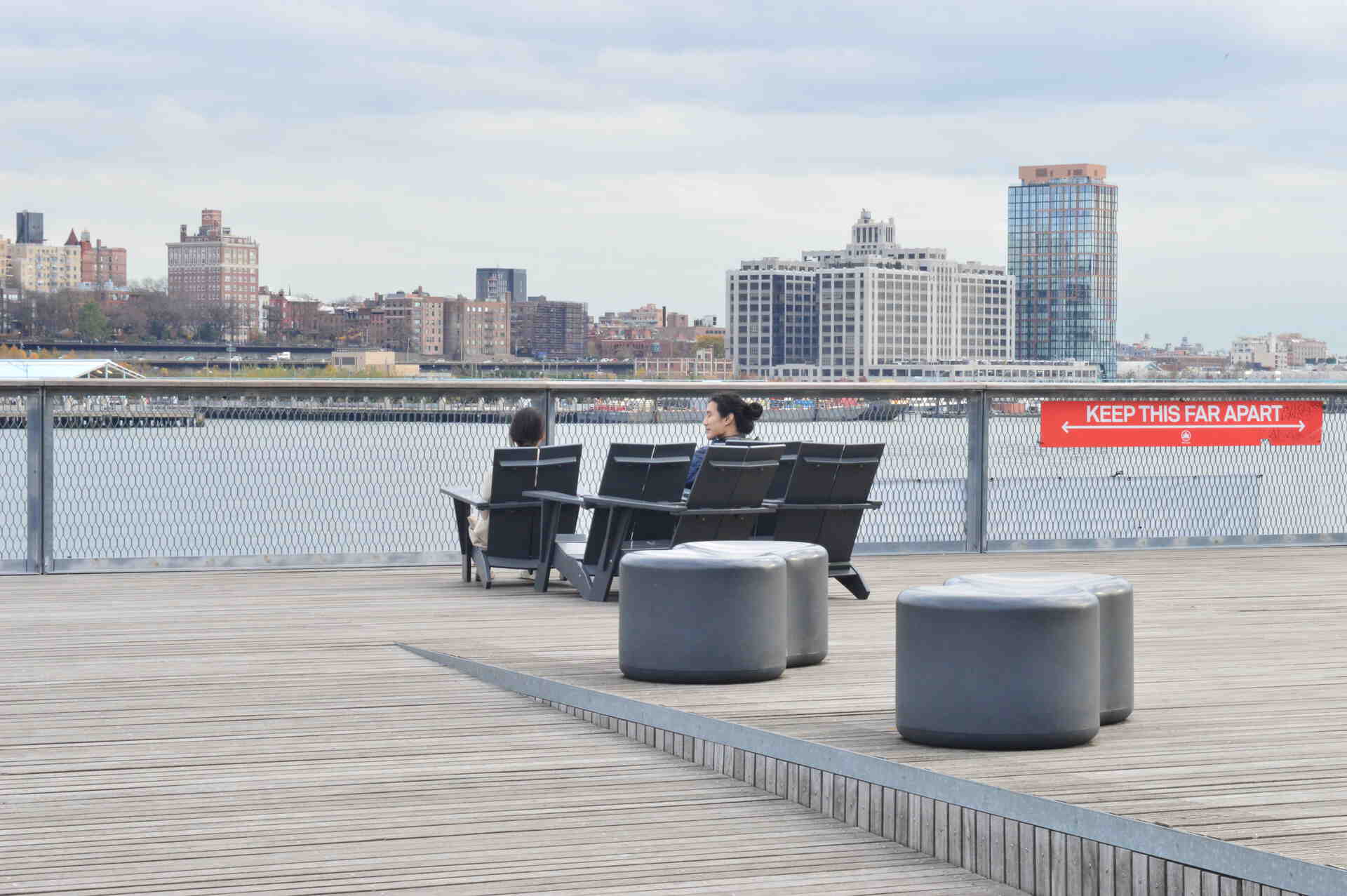 New York City Seaport is another historic location and formerly home to NYC’s fish market before it was moved to the Bronx. Hurricane Sandy changed the mood in at NYC’s Seaport historic buildings specially to the ones closer to the East River.

A new fancy Mall has been constructed instead of the old cool looking traditional Mall with its amazing food court located on the top floor. You could find a wide variety of food for really affordable prices. Now, there’s a fancy rooftop bar/restaurant.

During my walk and while have amazing coffee brewed at home. I noticed another restaurant/bar right by the water. They are now using domes to sit restaurant customers outdoors due to the current COVID pandemic.

Check out more pictures below hopefully this eating outdoors fashion stays forever. Feels like I’m walking somewhere in Europe. Traditionally New Yorkers are not used to this way of life, but now most are enjoying it. What do you think? Leave a comment below if you like my pictures. You can also buy one of my coffee mugs and T-Shirts designs based on my NYC Moments pictures. I create my own designs and I take all the pictures shown in NYC Moments. Thank you and enjoy! 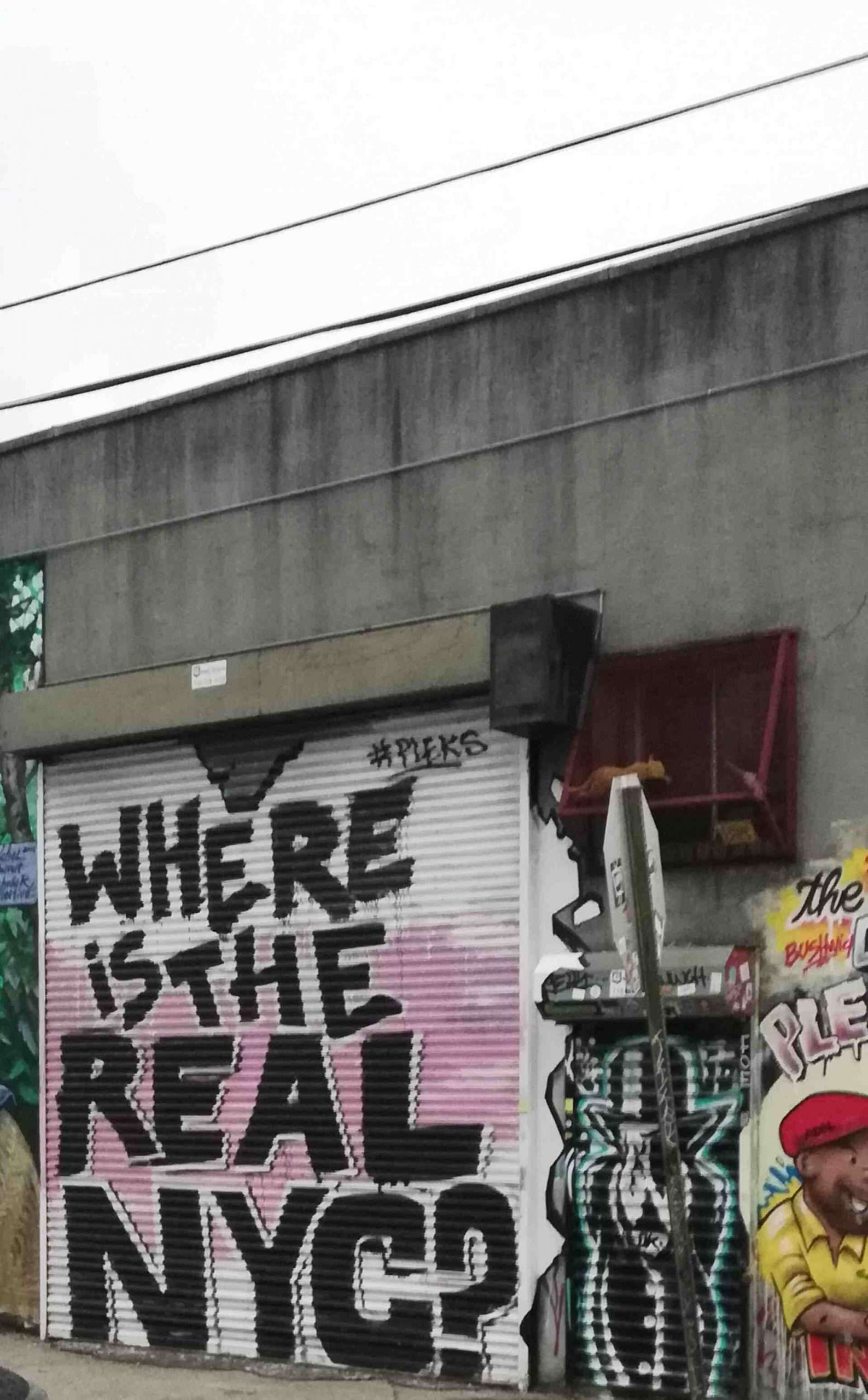 Every time I come by Bushwick in Brooklyn I find new mural art all around the unique streets. New York City mural art in Bushwick is very unique and it attracts many visitors that come by to take pictures next to each wall mural.

Other attractions include vintage shopping, creative restaurants like pizza trendsetter Roberta’s and the diverse creative multicultural residents. Easily get to Bushwick in Brooklyn by subway taking the L train to Morgan or Jefferson St. The neighborhood offers a thoroughly bohemian vibe with bodegas and warehouses abutting galleries and bars.

Now the Bushwick in Brooklyn is seeing a renaissance, as artists pushed out of Williamsburg and elsewhere move in and raise property values. Bushwick offers cool living spaces mainly lofts in old factories, sometimes with great access to outdoor space.

During the pandemic there are not many visitors walking around. But, during any regular weekend you will find hundreds of people enjoying the Bushwick mural art and eating at the very authentic restaurants and food carts in the streets.

Best days to come to Bushwick in Brooklyn is during the week. You will find less visitors trying to take a picture with a mural art and you won’t have to wait a long time to get a table at a popular restaurant here in Bushwick.

The Dutch name for the village of Bushwick was “Boswijck”, which translates as “Town in the Woods”. The name was
assigned to the town by Peter Stuyvesant at the time of his visit in 1661. It was an appropriate name to describe the
early Dutch village and its vicinity since the community fell within the woodlands that marked the border district between Brooklyn and Queens. Thanks to Borough of Brooklyn, for New York city Department of Housing Preservation and Development. Revised October 1989. For this cool fact.